By John Dunford and Will Christou (Syria Direct)

Key Takeaway: The US partner force in northeast Syria is facing major challenges to its efforts to stabilize formerly ISIS-held areas of Deir e-Zor Province. The largest tribal confederation in Deir e-Zor issued the US-led Anti-ISIS Coalition a one-month ultimatum, which expires on September 11, to give tribes the authority to govern Deir e-Zor in the wake of an assassination of a high profile tribal elder in early August. Both the Syrian Regime and ISIS are seeking to exploit tribal grievances with the SDF to expand their presence in Deir e-Zor. The regime is encouraging the formation of tribal forces that will threaten the security of US personnel operating in the area. 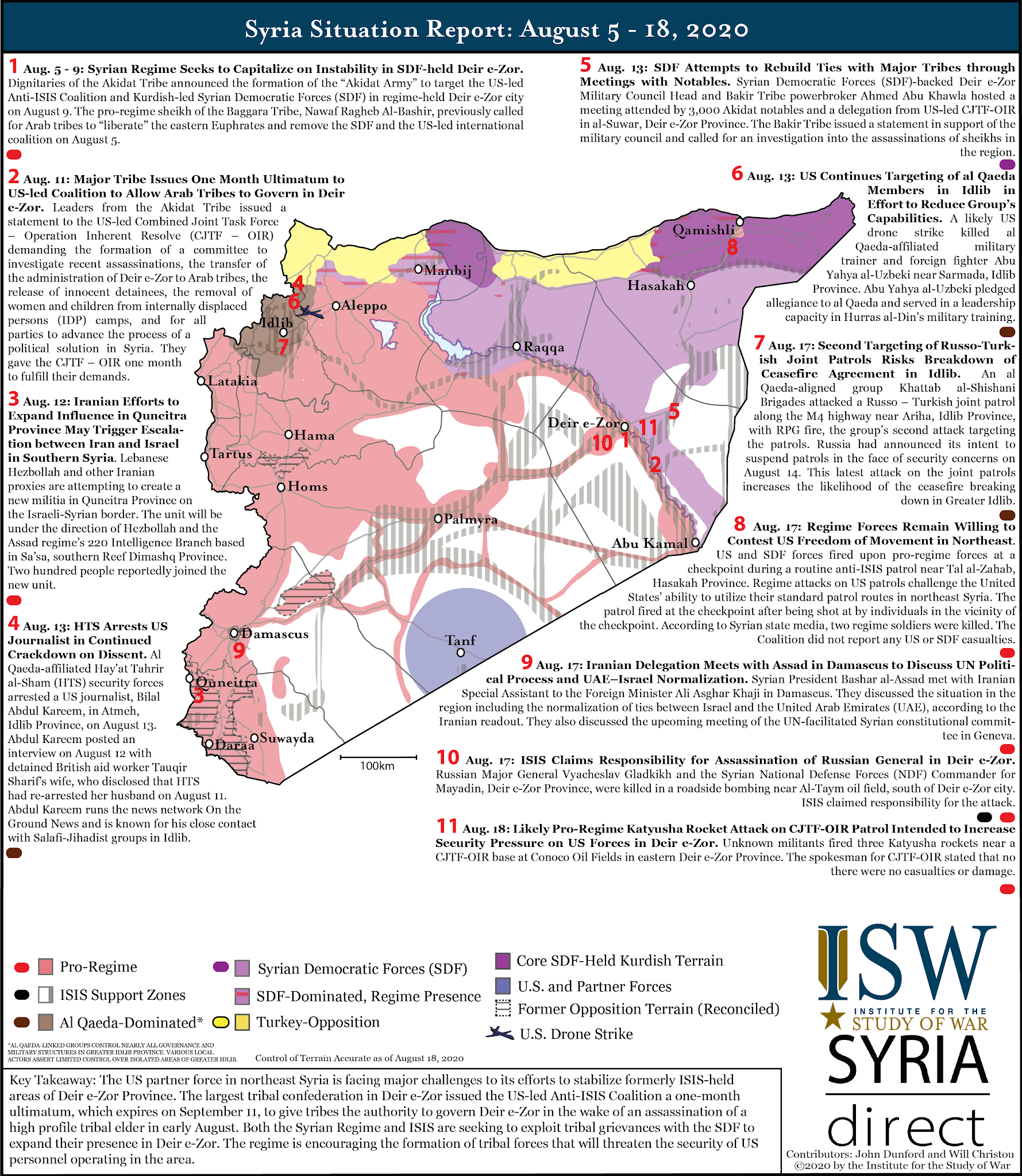 Institute for the Study of War at 5:37 PM
Share
‹
›
Home
View web version