Key Takeaway: The situation in southern Syria will continue to destabilize as insurgent activity increases and the Assad regime remains unwilling to commit the resources necessary to avert growing unrest. Security in southern Syria’s strategic and restive Daraa Province collapsed rapidly as pro-regime forces deployed to the south to conduct a security operation against anti-Assad actors targeting pro-regime positions. However, a Russian delegation intervened to negotiate with local Daraa leaders, thus circumventing the pro-regime operation. The outcome of the negotiations is unclear, but civilians will likely continue protesting against increased regime presence in the area. 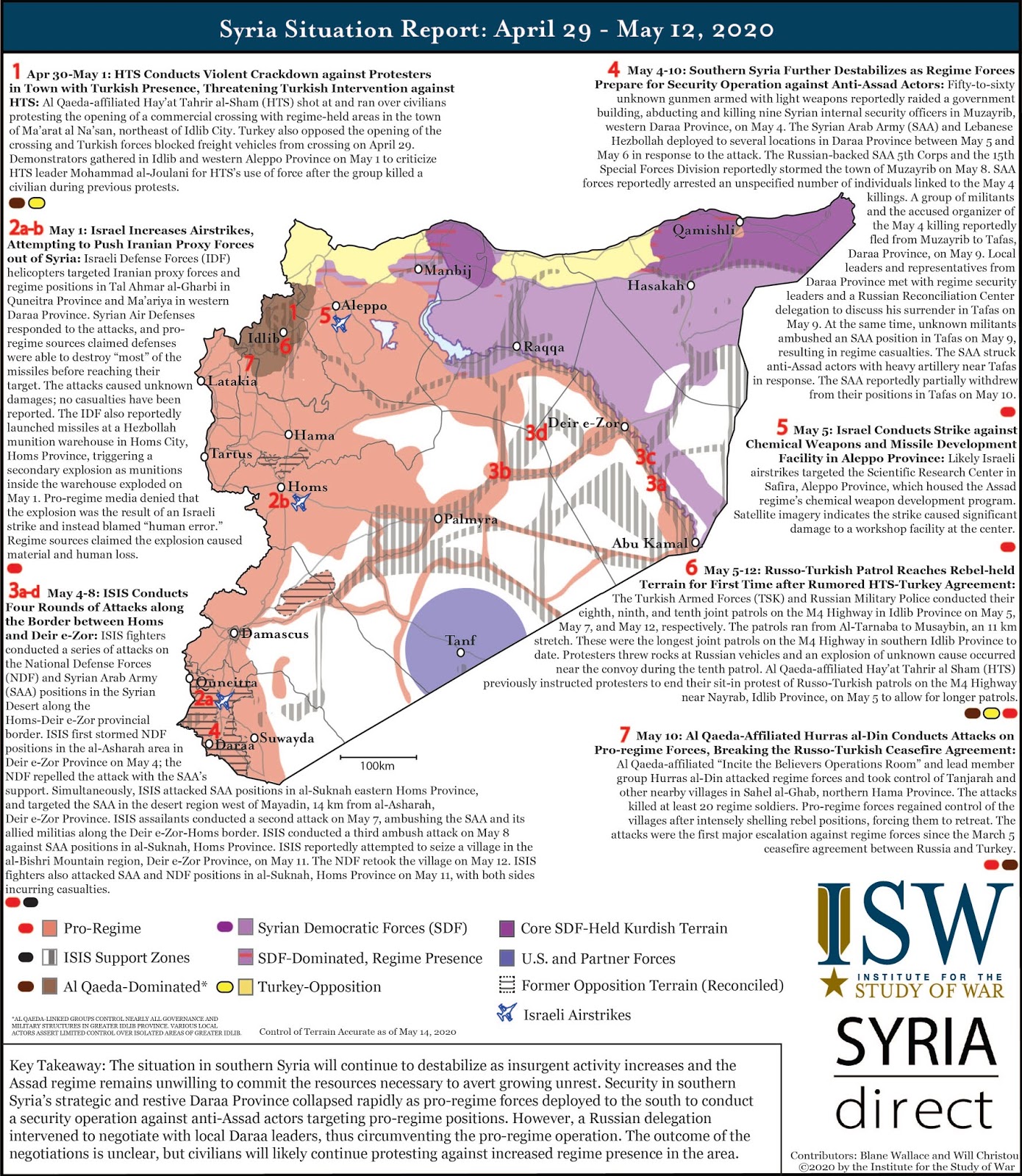 Correction: A previous version of this map mislabeled the yellow region as “SDF-Dominated, Regime Presence” and the red-striped purple region as “Turkey-Opposition.” The key has been updated to correct this error. The red-striped purple region is “SDF-Dominated, Regime Presence” and the yellow region is “Turkey-Opposition.”

Institute for the Study of War at 5:23 PM
Share
‹
›
Home
View web version